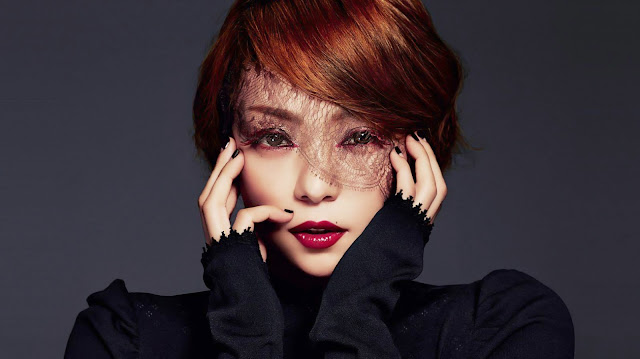 I wanted to review this as soon as it came out but the work said I can't. I was kind of sceptical toward this album when quite long previews came out in a form of a one video. I'd listened to it at first and felt overwhelmed in a bad way, it felvery non-Japanese, very chaotic and even though I may have liked some part of this chaos, I stopped in the middle of first listening and didn't replay it for about one month. Only a few weeks before the premiere I put it on my mp3 player and started to like most of the previews. Now I'm kinda glad I waited with the review. Even though it's been a month since the release I still confuse several songs and totally can't remember how they go so I'm not done with it yet. My opinions will probably change after hearing some of those songs live.

Photogenic I don't know whether to think Namie is so self confident or so swollen-headed to write a song about being freakin' photogenic. I'm not sure how often she writes lyrics herself but I'm pretty sure she didn't write any of the English ones on _genic, therefore it's hard to assess the feeling of the album. Are those her thoughts or did she just sang whatever was given to her? Despite it being her own words or not I'm still not sure how to percive a song where someone tells me to Put my picture on the wall, everyone knows I'm beautiful. Depending on my mood I find it either bold and challenging or simply vain and empty. As for the song itself it's not really one of my favourites, the melody somehow doesn't hit my taste, I can't even describe what kind of song it is. I've been listening to it several times to find out if I'll like it more after some time but I guess I'll pass. My note seems to hight sometimes. 6/10

Time Has Come There was one day when I put this song on repeat and liked it a lot and then the next day I played it again and thought it's not that song. It's frustrating that I can't undestand most of the lyrics even though they are English. I think it may be great live. 7.5/10

Golden Touch When I first listened to this song I found it good but when I replayed it (the Youtube Version) but this time I touched the screen as instructed I was charmed right away. The video is innovative and made me smile several times making the song even better. Again, it was frustrating not being able to understand the some of the lyrics, I feel like Namie's English got worse since FEEL album. 9.5/10

Birthday I'm having an internal fight whenever this song starts because it's the overcute type of songs and I instantly have Namie's Can you feel this love? in my head, however, this one is kind of good, the tune is catchy despite the pink and all smily PV. My problem again is the lyrics, it's hard for me to catch them, for example I keep hearing I've got a birthday but it's actually My Double Birthday. At first I was like WTH is double birthday but after some research I found out a double birthday is when you get laid on your bithday... It kind of ruins the cute undertone of the song, I could say it adds spice to the whole but it somehow doesn't. It doesn't fit to this cute style... if that's what she has in mind because I'm still not sure. 8.5/10

It This is the moment when I usually push the skip button and go to B Who I Want 2 B song. That's probably the reason why I still don't remember this song, the first sounds and the whistling irritate me and it takes a whole lot of my willpower to remember that this song is quite nice and catchy and keep listening to it. If I manage to do that I keep listening to the whole album but it rarely happens. The chorus is quite ok. 7.5/10

Scream It's a good song but I'd probably never really paid attention to it if it wasn't a Namie song. By this point of this album I'm actually tired of all the non-Japanese tunes and it takes all my strenght not to press the SKIP button. The song is good but I don't feel the need to listen to it. The lyrics are also a turn off, my English skills seem to shrink when I listen to it. 7.5/10

Fashionista At this point of this album I'm already tired, not hyped as expected. Except for Golden Touch and Birthday all the songs so far seem the same (and I'm not writing this after first listening but after full month of listening. I seriously hope I'll like them more live. Got caviar nails on me like, what kind of lyrics are those anyway? 6/10

Fly The beginning made me change my note from 8 to 7 and made my mouse pointer hoover over the skip button again but then the music changes and it's slightly better that most of the previous songs but it's still pretty much similar. Why so many Japanese artists use non-Japanese songwriters these days? I'm in a so-so mood right now, I'll wait for the live version. 7.5/10

B Who I Want 2 B (feat. Hatsune Miku) The biggest surprise of this album and it was an immediate love on my side. For many people it's either love or hate, I truly adore how cute this song is and I love the simplicity of the lyrics and how the dialoque goes there between Namie and Miku. There's a lot of autotune to make Namie's voice sound a bit like vocaloid but it suits the song. 9.5/10


Stranger I don't get why so many people hate this song, I even saw it rated zero out of ten points which is absolutely absurd to me. It sounds familiar to me but I can't tell how, maybe it just fits Namie's style, it could probably be on FEEL album. It's an upbeat electro song, very uplifting and kind of summerish despite the urban PV, I can't really sit through this song it makes me want to move up and down. Lyrics aren't anything special here but since it's English I don't think Namie really bothered with them as there definitely weren't written by her. The only thing that made me mad was that some lyrics (literally several verses) are in Japanese and at first I thought I misheard some English words. Again. Nothing deep or beutiful about the lyrics (as with almost all of the songs on this album) but it's fun to listen to. 9.5/10


This is the night, my music's playing through my headphones.


Every Woman Last easy-to-forget song on this album, it took me long to start recognizing it. As many before it has good chorus but not very interesting stanza and again it's hard to me to describe it, it's fast and dancey as many before on this album. The lyrics seem to be little bit more meaningful, at least it seems to be some kind of feminine anthem but there's nothing unique about it. Do I actually hear OMG, the shit is bad before the last chorus? (it's not in the booklet so I'm confused). 7.5/10

Space Invader One of the best songs on the album, again fast and dancey but it managed to rouse me and the melody has it's ups and downs and several interesting moments plus a good beat. And again the lyrics prevent me from giving full ten, though I must admit I find it interesting to have a song about someone not respecting personal space... 9.5/10

Anything Finally some change of tempo, a nice slow ballad and this time someone finally put some effort into the lyrics, they are still simple but at least slightly motivational. 9.5/10

What I Did For Love (David Guetta feat. Namie Amuro) Finally some rich melody, I really wish this song didn't switch to fast tempo but even then it's still good and different from the other songs. Can I call it a fast ballad? I like Namie's vocals in this song and the choir, even the lyrics are good in my opinion. I'm truly regretting not having more diversity on this album. 9/10

It's truly confusing album, it's very similar to FEEL because of the (far too many) non-Japanese sonwriters but it feels way more American and makes me feel cheated. I found paradise when I started to discover Japanese music and now my favourite artists start to make American music, not thta I have something agains it, let it be, but who will make Japanese music for me now, Americans? I can just hope the next album will have more Japanese songwriters, I feel like this album only contains Namie's vocal and nothing else, no Namie's style, no soul, though I always felt she's just a puppet performing someone else's music (nothing wrong with that) there always was lots of her in the music and in this album I just don't see much of it. It's just my opinion, nobody needs to agree. 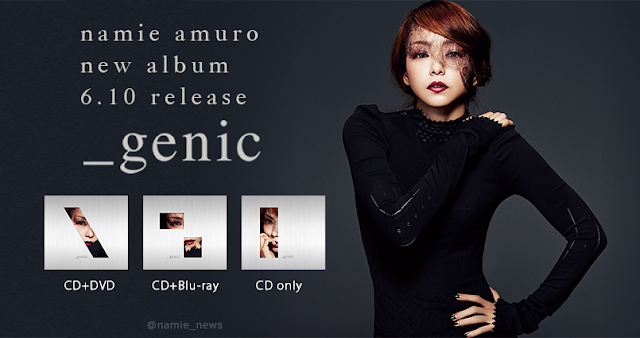 I wanted to write this review before the Bluray / DVD comes out in two weeks and base it on my actual memories from this awesome event. I wrote a rather long post about how I got the tickets, about my seats and what I bought at the venue,  you can check it out here . Similarily to Rock 'n' Roll Circus Tour 2010 the concert started with clowns / acrobats performing stunts but luckily it wasn't as long, R'n'R Circus has almost ten minutes and then full intro, this time it took about 3 minutes and the first song started withough further ado. One thing worth noticing is that we always comment on Ayu's background singer Timmy's look which is always very pink and reminds me of extreme gay clubs or maybe BDSM, something like that and this time it was similar but when I saw him I had a blast, he was wearing a skirt (wait for it) made of plush octopus legs! OMG xD I'm not sure but was he speaking German while entering the stage? I know German b 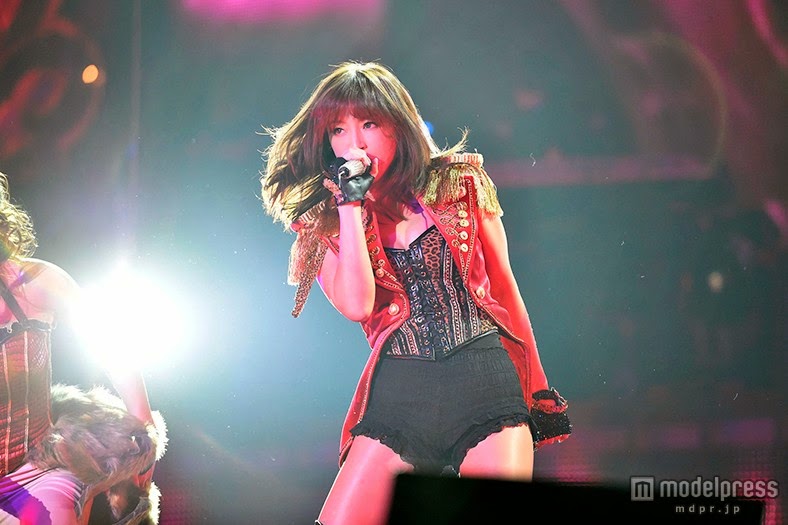 It's been three months already since the concert so I guess it's high time for me to write something about this amazing event. Let's just start with the fact that I especially chose December / January for my third trip to Japan so that I could go to Ayumi Hamasaki Countdown Live 2014-2015 concert. Though I bought airline tickets in March 2014 before it was even announced I was pretty sure the annual CDL will happen again. I had been to Ayu 's concert before in April 2010 in Saitama ( Rock 'n' Roll Circus Tour ) and despite the most fantastic concert ever (absolutely top notch, no kidding, I should review it as well) my sits were absolutely horrid (I wrote a little about it in my YELLOW FRIED CHICKENz World Tour SHOW UR SOUL.I Berlin 2011 -concert review- ). Bad seats were the result of a lottery. In Japan to go to the concert you pay for the ticket not for the seat which means you don't know for which seat you pay and the price for each of the 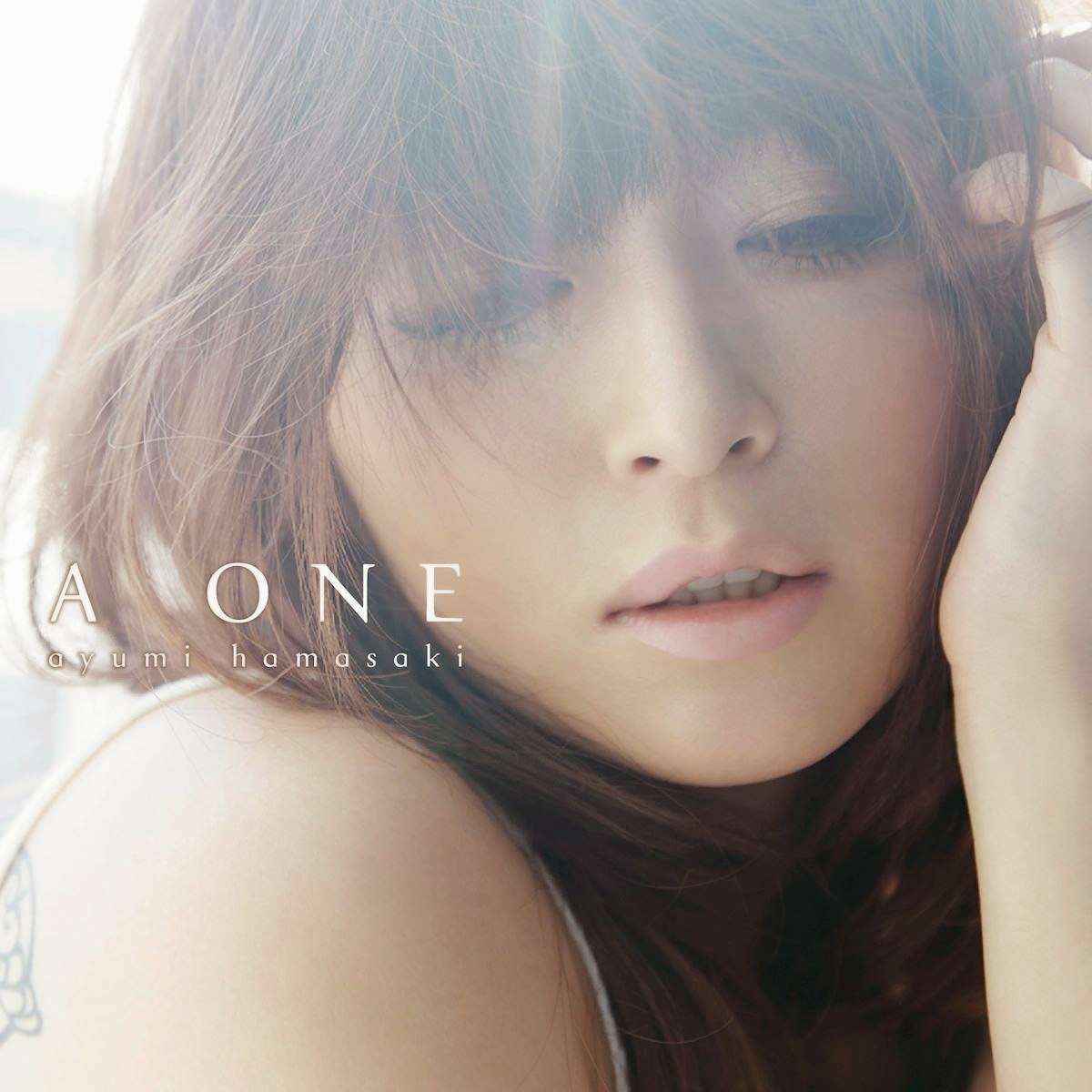 A ONE by Ayumi Hamasaki -album review-

This is first Ayu album since ages that I've been anticipating like crazy. Each preview sounded so unbelievably good and the songs that we already knew from single  Zutto... / Last Minute / Walk  were beyond anything I could wish for. It's dominated by ballads which is also a surprise but there's no such thing as too many ballads when it comes to Ayu . I can't even express how much I appreciate this album.